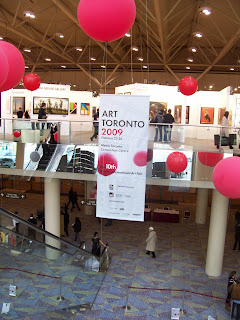 I was really surprised at how many people attended but even more surprised that prity much EVERYONE knew about what they were looking at. Every booth was filled with different works from many different places, Europe, China, Japan, Chicago, Montreal, New York and Even locally (Toronto). I visited many booths ( I think all of them actually), but here is a list of the ones I walked way with some kind of card or catalogue. 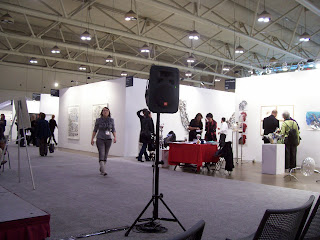 There are more, local ones mostly, that I saw but did not get anything from their booth. It was exciting to see people buying and enjoying the art. Instead of it being loud, and annoying, it was quite calm (unlike the Anime Convention I 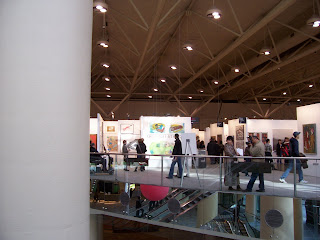 went to back in 2001). It is definitely worth the time to go, I missed the lectures but I promised myself to get a pass for the whole duration next year. I may not have walked away with a piece of art but I did manage to get a subscription to both Border Crossings (5 issues and the choice of 2 artist pins that were limited edition) AND Canadian Art Mag (20$, with free mug and current issue, aka that would be 5 issues in total).
In conclusion it is very apparent that I need to go to both Montreal and London to see the art scene.