Sometimes we grow apart from someone. We try to resist it and find out that (perhaps) we were at fault for the falling out.. Admitting that we were wrong is the best thing you can do. So todays post is to someone I hurt in the past. They remained quiet about it when I should have been there to talk it over.

Listening is key. With an open mind and owning your past faults. This letter is to them, they will know who. While I felt good writing this letter I could not help but put it out there for them to see.  I hope they reach out in return only time will telll. 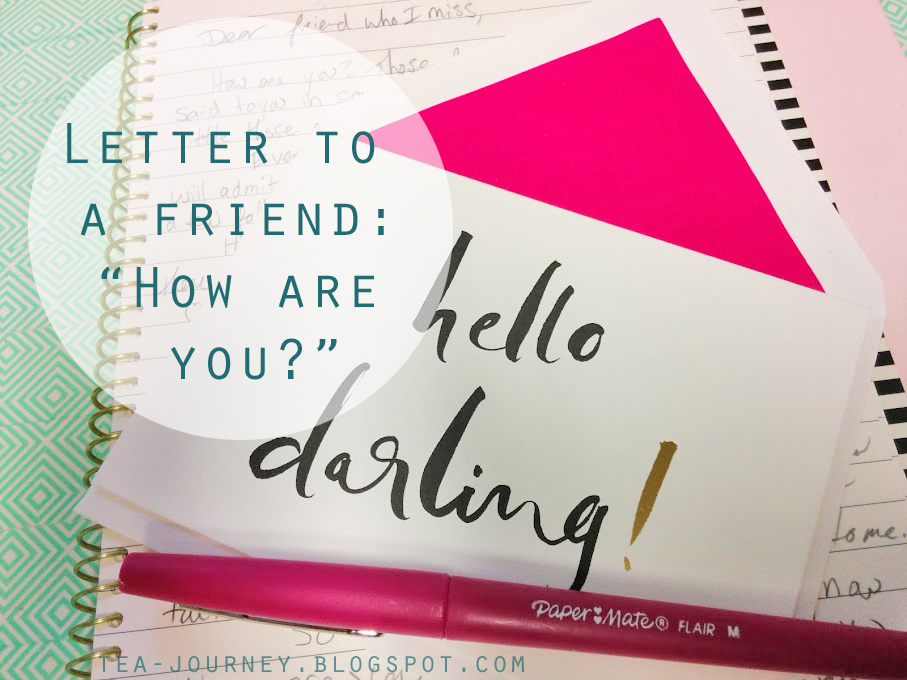 Dear Friend who I miss,
How are you? Those few words I have not said to you in sometime now. It is shocking how little those are said.
Even in Elementary School I did not ask. I will admit that I spoke mostly of myself ( quite rude of me when I think back). It has taken a few falls to make this realization, and I am glad I have.
How many times should I have asked when there was a dispute with those other two (and then there was that brother, such drama) during that time. Or High School where life began to really start.
I regularly distanced myself from you because I never asked such a simple question. I just assumed I knew, or the news I was being told from various mouths was true, but I should have asked you. Things get lost when it is not from the actual person it is about. Asking you would have been the kind and friend thing to do.
It is surprising how much we change and learn as we grow up. Leaving things in the past and laughing at it when we own our faults. I was not as kind of a person as I thought back then. It frustrates me that I did not ask such a simple question.
We were close friends, sisters, growing closer through the songs we sung in choir and carrying tall candles down a long aisle. We grew closer and closer. But then it stopped. Where did things go wrong? How is it that we have not talked in almost 9 months?  It is such a foreign thing to me.
So I am going to make a start towards the right direction. I am going to ask you now. I hope that you will let me listen to you and hug you at the end. Let me know how you feel and what you think. There is nothing wrong with that. I am going to be the new me :someone who listens and give support.
Give me a chance. So, tell me…
How are you?,

Have you ever realized you hurt or grown apart from someone you consider a close friend? What key things would you say in a letter to them?