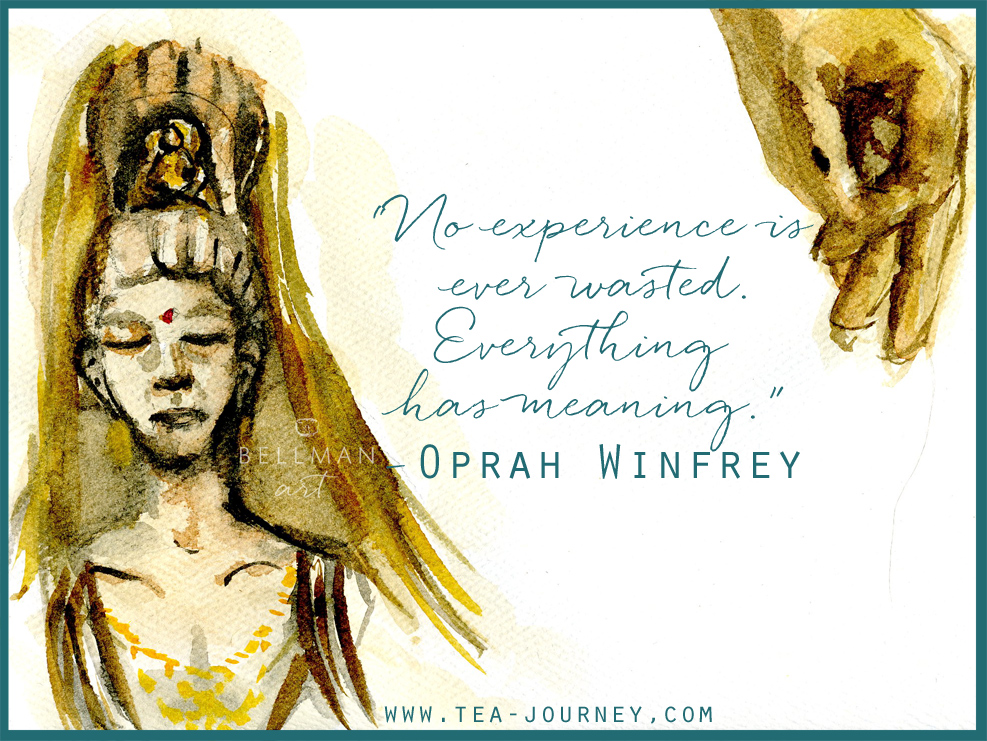 We have many experiences though our lives. Everyone offers lessons. Oprah Winfrey explains this well in todays quotable. I have learned a lot through out the last year and a bit such as relationships, change and even trusting your gut.

Speaking of gut feeling last year I had a sinking feeling while visiting an ex, not just once but every time I was over. I first thought, what is this? What does it mean? Meanwhile I was spending time with them, I found out latter, had begun to close the chapter in their life with me in it. Apparently being on “a break” means that the relationship was over but I did not know that is how they felt.
For three years I thought that we were trying to grow our friendship , as they told me. The actual end had happened and I had missed it. Friends and even co-workers told me to get out, it was over. I did not listen.

Time to end it

It was not till November last year that I made a decision to end it. A weight was lifted off of me and I began to see things clearly. My intuition told me that they were now with their roommate, little did I know that it was right. After ending it, I saw them both twice. I stopped there because I wanted to only have positive people in my life.

Clarity quickly came in the following months as I carefully choose who I wanted in my life. With that I rekindled a friendship and now we are closer than before. I learned that life can throw us these lessons in the form of a problem or even a person. We just need to understand that it is an assignment and we can not get around it.
My lesson was to listen to my intuition and be selective who I hang around with. Negativity is something no one has time for because theirs can bring you down as well.

P.S. Did you know that this weeks Quotable was created with both tea and watercolours? They are a few of my favorite mediums to work with. I am a little shy when it comes to my work, so I am going to to share it with you to work through it.