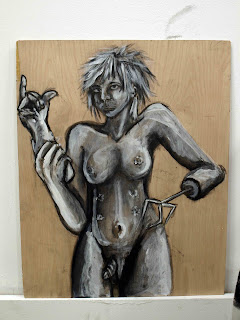 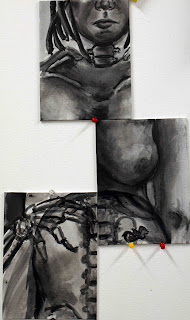 I’ve been playing around the last little bit, materials as well as techniques. Here’s some work that has come out of it all. All of which were fueled by my new reference material (Playboy, Curves and Glutes) of women, I do plan to get my hands on transgender imagery (non internet and tasteful, hopefully). I will be visiting both Glad day books and Stag Shop , to decide which is best image wise.

The first two are not for thesis , although I might re work them larger for it possibly. It is an 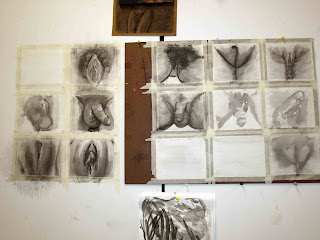 option. Two works are actually on Styrofoam and 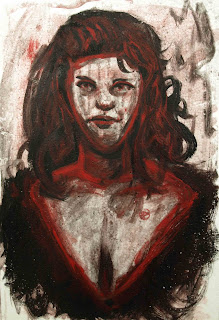 the black-neon-green-orange one is on black Duck tape. Very interesting effects each surface gives to a work. I quite like the texture of the Styrofoam and duck tape. I’m deciding to possibly use packaging tape over a canvas I prepared for another work, we’ll see how that goes. I’m off to sleep. Good night. 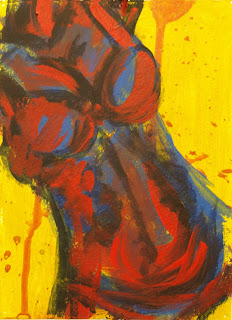 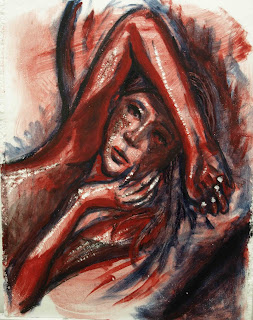 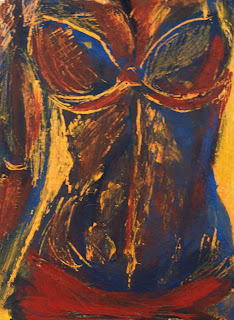 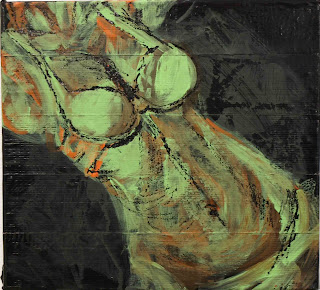 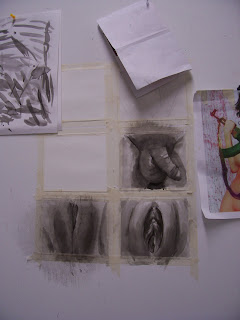 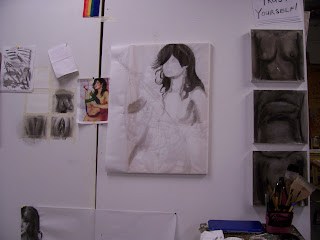 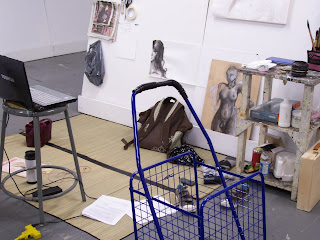 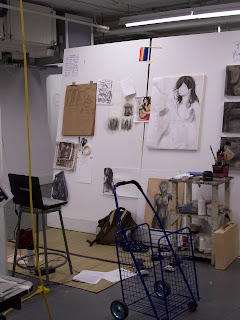 I took some images of my studio again. These were taken on Wednesday night. I really just wannted to put some images up to show my progress as well as process in a 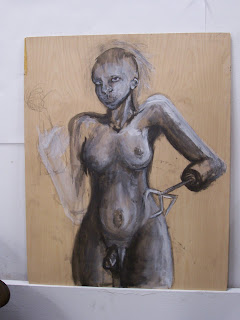 way.
The peice on wood is for my class with Dan Solomon, I might reproduce it for thesis in color and on canvas, maybe. Tommorow I am going to go to the studio for about an hour after classes. Just work more on the series I started, I might cut some paper and bring it back here to work on it. I really don’t know. Nina is coming along slowly, which is the general idea since I’m trying to expand my vocabulary in techniques.
The series I started seems a bit vulgar and rude, but I guess that’s the point. I’m thinking of doing 20 of them so working on them back home would be good as well. I bounced some ideas off of Amanda today and I think I will let this peice go and do what ever needs to be done with it (the one on wood). I think it has potential for a series of large works, meaning I might have to get that 3 feet by 6 feet piece of stone henge paper out. It migth just mysteriously disapear to the studio this weekend.
Although that would happen AFTER seeing some galleries.
I should sleep now, I’m beginning to ramble. Goodnight all 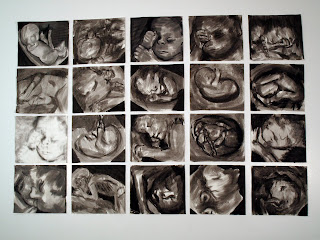 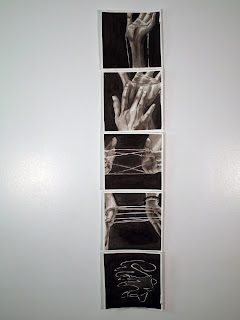 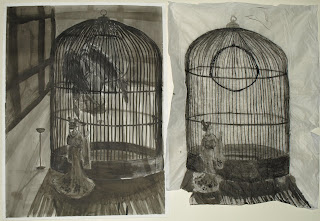 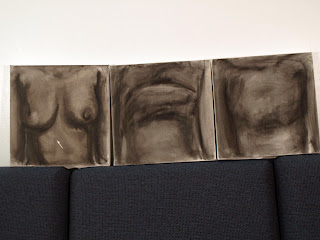 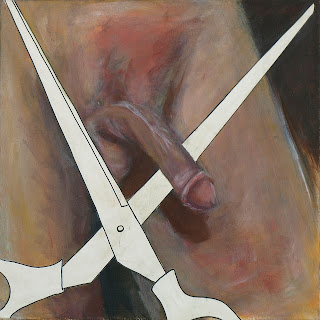 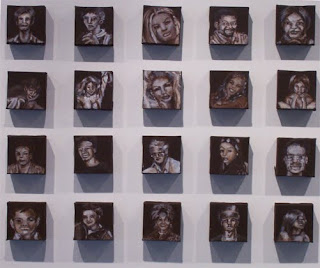 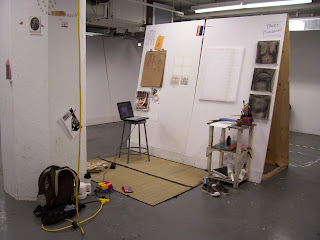 I’m currently working away at a new series of 5×6 inch sumi-e paintings. My current refrence is here, (warning, get your kids away from the computer). Anyhow. I picked up bordercrossings to read the interview with Ghada Amer, who “paints” with emboidery on canvas. Wonderful work. Anyhow I looked up all of the artists mentioned in the interview and then came up with this series. Now lets just see where this goes. I’m slightly worried about reception of my peers and the faculty, but then again I always am. Now I’m going to eat a bit then work some more. 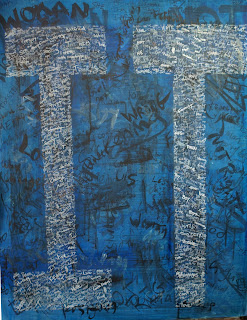 It went well. I showed “IT”, although on my laptop. Really wish I brought the real thing. Paul Sloggett suggested to maybe turn to video or photography for my thesis. I’m really unsure about photography, I’d rather produce something by hand if I can.
On another note the night before I spent time takeing pictures of my work, time wasted in a way, but it will be put to good use. If he did not say show one, then I would of shown my mini slide-show with some real works as well. I will talk to him latter perhaps, I really need to sign up for critique next week.
I really look forward to this weekend to work in my new space. I just need to get my ID authorized since it does not work. That is what needs to be done today. I should be on latter to post the other new images of past work.