Past work
I received a quote from Cathy Daley attached to an assignment on child hood memories, “We are all rooted in our childhood” from Ida Appleboorg, perhaps this is what fueled my work. My ink work began in her class Representation from Memory and Desire (third year), each assignment consisted of a series which tended to be more than 5. All my work from that class related to a childhood memory, but my final series on fear relates to it most. My fear of carrying a child to term and delivering, something my mother will not be told till after I have my first child. Twenty ink drawings 9.5 by 10.5 rice paper I had purchased at The Paper Place to experiment with the summer before.
The year (second year) before that I had taken Chinkok Tan’s watercolour class, where he taught us to work without prior drawing before putting paint on the surface. I tend to switch between drawing before and direct painting since this class. It also fueled my admiration for Chinese brushes. Not only were they more than affordable but their ability to hold the ink was much better than the acrylic brushes I had before then. I have acquired squirrel hair brushes since then but I still find myself going back to these goat hair brushes you can get as cheap as a dollar.

Day in the life of a girl Men stare and lick their lips in anticipation. As if tasting the air will give them a taste of the woman in their sight as they pass by her. She sits alone contemplating her own existence slowly becoming disgusted by the constant looks from them. A feeling of dirt latches upon her skin, as each one attempts to look past her dark glasses to possibly see what kind of creature lies behind them. Each one of them look at her then when her gaze meets theirs they look away or (as she dreads) stare even more hungrily. Is it how she is dressed that day in particular that attracts these looks? Hair tied up at the back of her head with a clip. Lips and cheeks pink from applying a touch of make-up that morning, to hide the acne which lingers. Tight jeans cling to her body, hiding the signs of cellulite. A thick coat wrapped tight around her petite fills out her tiny waist and bust. Knee high boots disguise aching feet from her afternoon walk in two inch heels. Her stomach grumbles angrily as she has yet to eat that day, a reminder of a hidden bloated belly. Sipping her Starbucks she notices that women as well are looking at her. Looks of jealousy, appreciation, hate, and admiration- These women do not want her as these men do. They see and understand the looks she receives, they want them in return or have experienced them and offer sympathy to her. We all have our silent screams we want the world to hear, but keep them to our selves. 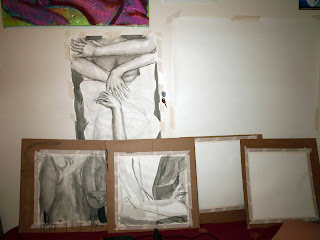 Been so busy with papers and such I took a moment to start some larger pieces. I have always been fascinated by the old art of the east. Gods and Goddesses, Buddha, immortals and demons. Especially the Bodhisattva with a thousand arms.

After thinking it over I have decided it was time to reincorporate my old themes into my new work. I am hoping this piece turns out as well as I wish it will. In addition I have plans to create an even larger piece which will play out the 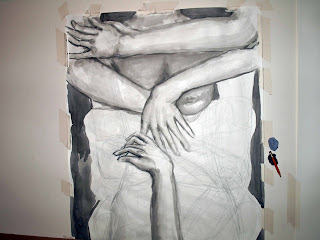 HIV advertisements I saw last year. Bodies covered in many arms, clining and possesing the body. I am beginning to wonder if these new pieces are still part of this collection or not. They do not invoke innocence but desire and the want to be loved or held by someone. It has been perhaps too long since I have seen my girlfriend that it’s unconsciously being put to paper with my ink brush. Oh well time to get back to work

This series is currently titled “Reclaiming the body” and ongoing series I am working on. I hope to reach 25 before my final critique. 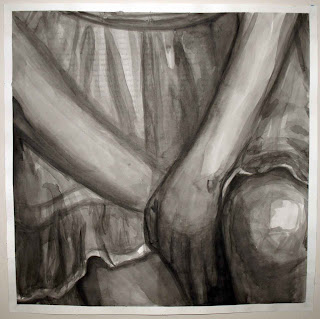 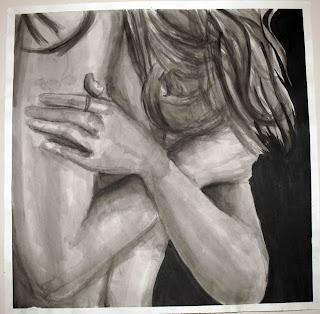 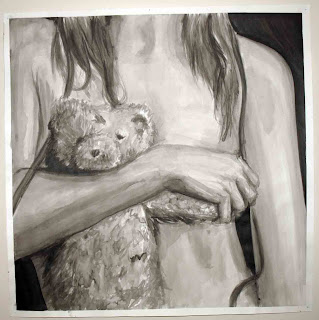