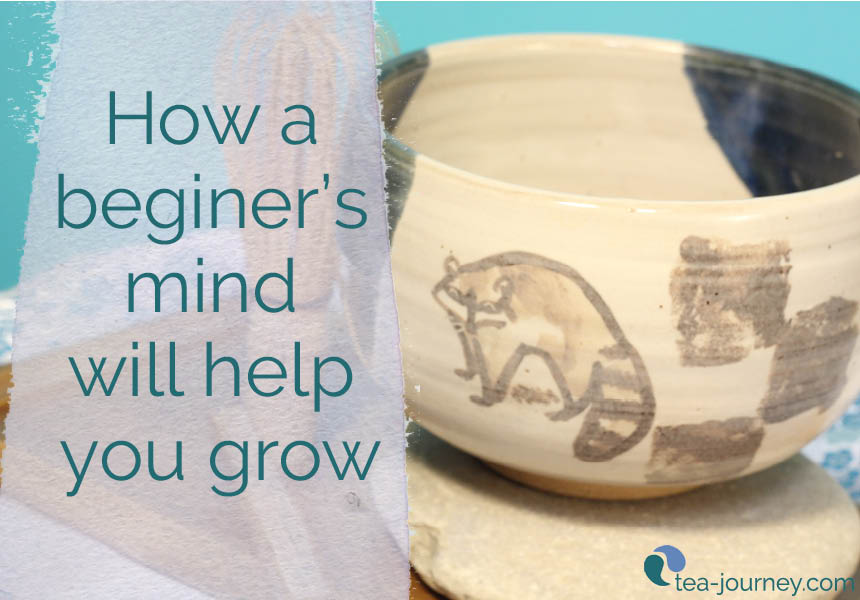 Have you ever done something so many times that you feel that you know it so well? We all have felt that way in some way or form. But we can break this cycle by just changing our mindset and improve each repetition. In Japan having a Beginner’s mind at all points (even after 100th repetition) makes them continue to learn from something they already “know”.

The term came out of zen which latter became part of Japanese culture as the Tea Ceremony became an important part of life itself. If this singular idea can make a whole country and culture become so proficient in what they do. A student will repeatedly study old and new material even when there is no exam to prepare for. A sushi chef will practice molding rice to place a piece of fish so many times before he has a singular customer of his own. Both will succeed and continue to practice by using a Beginner’s Mindset.  Now image what I can do for you in the different parts of your own life.

Using it is quite simple, let go of what you think of the task. By doing this, letting go of preconceptions, it allows you to try a task a new and free of restraint. Next, will be to practice or repeat the steps to become proficient. To top it all off each time you do the task repeat from the beginning by having no preconceptions. Every moment you can turn into a chance to learn and grow.

Now when your parents or Grandparents are teaching or telling you something new you can take it and go beyond. You can learn the wisdom they have been trying to pass onto you, and learn it in a way that is easier to comprehend (because we let go of what held us back before, our preconceptions).

Learn job tasks quicker than the others and improve as you go. Every project will be filled with new life. Writing that report or filing those papers will become a new again. Through this method, you may even be ready for some promotions.

Remember that student I mentioned above? You can use the same method to gain higher marks in your classes or even workshops you attend. Repetition with a little of a beginner’s mind will make every task you’re given just that little bit easier.

Finally, you can look at ever new relationship as it truly is, new. Old relationships stay in the past as you focus your new one. Every step you take with them will become new, not “tarnished” by the past.

This technique will take some adjusting to your mindset with will power. If there is a preconception that will not go away try speaking aloud with the thought in mind and say “ I choose to see love instead of this”. Repeat as long as you need to and as often as you wish.

I would love to hear if you have used this method before? Or are you going to test drive it out?

Share your experiences in the comments below or tag me on Social Media.  Namaste. 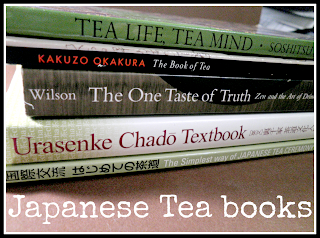 I have always loved a good book as I sip my tea. The books I would love to introduce you all to are all Japanese Tea themed in nature. Japanese tea and literature has always given me the feeling of a meditation, calmness and serenity. I hope these books give you the same peace as it does for me.

Most books can be purchased through Chapters or Amazon, with exception of  The Simplest Way of Japanese Tea Ceremony. This one I obtained from Karen Hartwick of Stratford Tea Leaves.

All books are my own and were purchased to further my education of Tea and the traditions behind it.

Don’t forget to follow this blog.  Join the Tea Team!

While looking up more information about “Wu Wei” and it’s association with tea, I came across this video.
As I sipped my Da Hong Pao (Camillia Sinensis- Montreal, review to come) I watched, this short educational video reminded me of my own Tao for tea. I like to relax while I brew, read something Zen or Tao related and listen to the tea. I try out different wares to see their effect on the tea, as that change may in turn change my mood. How we feel while we brew comes out in tea, this I strongly believe in.  Even customers ask me why the matcha/tea I make tastes differently from everyone else  on occasion. This reinforces my belief

Yesterday I got my first tattoos. It’s amazeing how much it reminds you how human you are as it is done. The one line needs to be retouched already but It’s best to wait a while.  I am going to work on a new banner for this blog along side with my girlfriend over at Ruin and Rebirth. Please look forward to the new look of Tea Journey. A special Chinese New Year post is coming up. I’m off to work now, till then, Ja ne.

represents a comprehensive Japanese world view or aesthetic centered on the acceptance of transience. The aesthetic is sometimes described as one of beauty that is “imperfect, impermanent, and incomplete”.[1] It is a concept derived from the Buddhist teaching of the three marks of   existence (三法印 sanbōin?), specifically impermanence (無常 mujō?), the other two being suffering (dukkha) and emptiness or absence of self-nature (sunyata).

Characteristics of the wabi-sabi aesthetic include asymmetry, asperity (roughness or irregularity), simplicity, economy, austerity, modesty, intimacy and appreciation of the ingenuous integrity of natural objects and processes.

a variant and derivatives: traditional Chinese: 無為; simplified Chinese: 无为; pinyin: wú wéi; Japanese: 無為; Korean: 무위;Vietnamese: Vô vi) is an important concept of Taoism (Daoism), that involves knowing when to act and when not to act. Another perspective to this is that “Wu Wei” means natural action – as planets revolve around the sun, they “do” this revolving, but without   “doing” it; or as trees grow, they “do”, but without “doing”. Thus knowing when (and how) to act is not knowledge in the sense that one would think “now” is the right time to do “this“, but rather just doing it, doing the natural thing.

Wu may be translated as not have or without; Wei may be translated as do, act, serve as, govern or effort. The literal meaning of Wu Wei is “without action”, “without effort”, or “without control”, and is often included in the paradox wei wu wei: “action without action” or “effortless doing”. The practice of wu wei and the efficacy of wei wu wei are fundamental tenets in Chinese thought and have been mostly emphasized by the Taoist school. The aim of wu wei is to achieve a state of perfect equilibrium, or alignment with the Tao, and, as a result, obtain an irresistible form of “soft and invisible” power.

There is another less commonly referenced sense of wu wei; “action that does not involve struggle or excessive effort”. In this instance, Wu means “without” and Wei means “effort”. The concept of “effortless action” is a part of Taoist Internal martial arts such as T’ai chi ch’uan, Baguazhang andXing Yi. It follows that Wu wei complies with the main feature and distinguishing characteristic of Taoism, that of being natural. To apply wu wei to any situation is to take natural action.

In Zen Calligraphy, Wu Wei has been represented as a circle