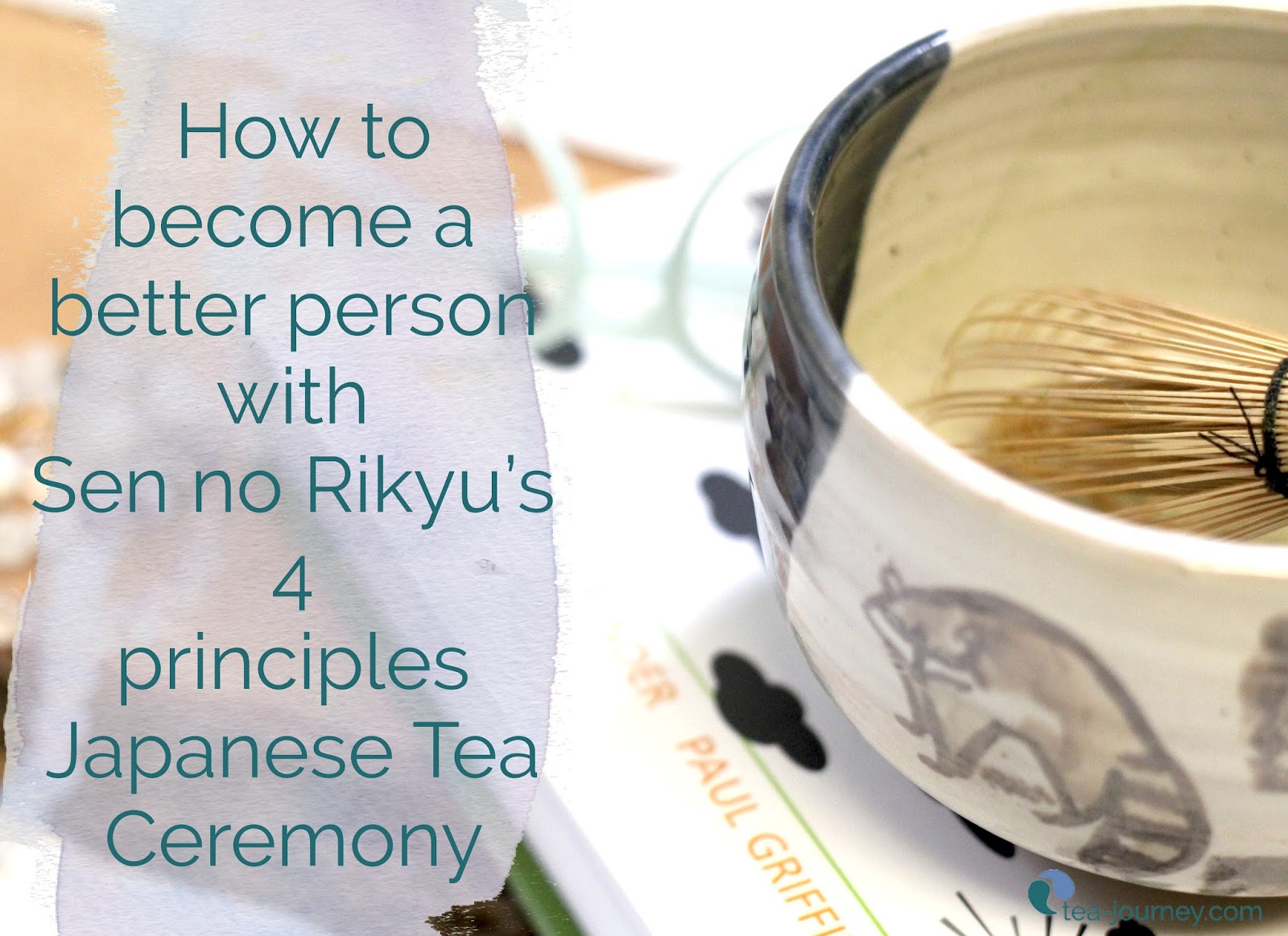 Since the beginning of my tea journey Japanese tea has been a focus. I feel for Sen no Rikyu’s vision of tea and how relations in the tea room should be. If you are new to tea or its your first time hearing about Rikyu then let me give you a bit of some points to start out.


Rikyu lived during the Sengoku period which was very war stricken in Japan. Why is this point important? There was a very distinct divide between classes. Samurai, Aristocrats, Farmers etc were all in different classes with set expectations on how to interact between them.

But Rikyu was a rebel and began to teach that everyone is treated equally in the tea room (yup even the Aristocrat had to treat a farmer as an equal). It removed barriers and became even more ingrained into the Japanese Tea Ceremony.

To build further on his concept of equality, 4 principles were developed. These four are still taught to students of Tea Ceremony. For us we can use these four to change how we interact with each other and grow as a society together. Start with yourself by setting an example for those around you by taking these four in to your heart and making them part of your truth.

With his hope that tea guests respected each other no matter who they were, even the Shogun became an equal in the tea room. With that everyone played their part which contributed to the larger picture.
For modern times, working towards seeing everyone as equals and treating them as such. Also working along side with others by striving to have a harmonious relationship.

Apply this to your own life by letting status, dress, job/career etc not effect how you interact with those around you. After working a few years in Toronto’s Financial district, everyone was an equal. But that does not mean that I had moments where I slipped. When it happened I told myself that those identifiers had no meaning to who that person was when they are taken away (yes I had to ignore that great Kate Spade bag in the moment). Closing my eyes, breath in and out and try again.

Can you already see how these all link up together? Respect is something that we all wish to have from those around us. But have you thought about applying it to the world around you?  Rikyuu fostered not only mutual respect amongst participants and host, but also of the tea space and tools.

Respecting tools was very important (okay any item) as it was widely  believed that after 100 years of its life it could come alive, while it is superstitious. It became common practice to repair items many many times till it was no longer usable. Once that time was up it would be given a little something like a memorial, in thanks for its service.

Now I am not saying being superstitious about your belonging, I am saying take care of them and thank them for their help once you are done with them. The KonMari cleaning craze even promotes thanking items, which the author also cites the same reasoning as I just did. The item has done so much for you. It may seem odd to thank them but would you not thank a friend for helping you? Treat everything around us with respect, people and the things around us.

I previously made a reference to KonMari, this is a great example for purity.  While you may have thought I was going to point towards meditation or tea, cleaning our space is just as important. One problem we have (I do too) is too much stuff. We have so much that it is nearly impossible to keep things tidy and clean.

An idea from KonMari is to only keep what brings you joy. Yes you read that right joy. Not “I might need this” or “I am going to use this someday”. All those excuses need to go. Keep just what brings you joy. Like makes you feel all bubbly inside and adoration. The rest needs to get gone (don’t forget to thank them) or be donated. There after you will be able to keep things pure and tidy.

In Japanese Tea Ceremony it is traditional to clean all the instruments infront of guests. Now they are clean before starting but it is to show the purity and respect towards the tools. Give yourself (and your mind) a “cleaning” buy tidying your space.

Last week we talked about self care, those are amazing ideas to use to cultivate tranquility. We really zone out as we dive into something to just pamper ourselves. Or if you are a creative (any type of creative practice), get lost for a while as you make something new. For me that has been creating things for my planner, creating printables (for you all), scrapbooking, painting… you get the idea.

In Rikyuu’s terms this would have been traditional meditation but there is so much more out there that we can do to live up to the definition of the word.

There is so much to learn from Japanese Tea Ceremony and its masters. I hope that you enjoyed this post as much as I enjoyed writing it for you.
If you have any comments please share them either below or over twitter. I can not wait to hear from you.